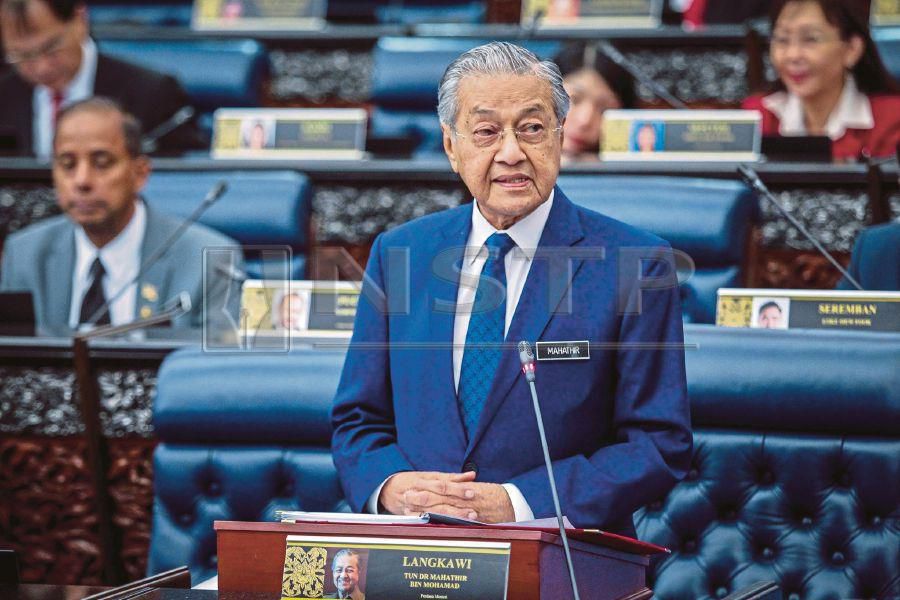 EASILY overlooked but enthusiastically greeted by the country’s research and scientific community was the confirmation of a “centralised research management agency”, announced on Oct 18, by Prime Minister Tun Dr Mahathir Mohamad in a mid-term review of the 11th Malaysia Plan (11MP).

Long overdue, such a mechanism is widely seen in scientific circles as a key to spurring the innovative research and development (R&D) needed to enhance our national prosperity. Countries that spend too little, or unwisely, in these areas can find themselves in the economic backwaters.

Malaysia’s public investments in research, including at universities and research institutes, began during British colonial days in 1900 with the establishment of the Institute of Medical Research. Since then, more and more Public Research Assets (PRA) have been established, and they are critical to bringing new products and services to market.

Establishing a central agency to spearhead, facilitate and oversee R&D was an idea in the original 11MP, launched in 2016, but it failed to launch due to a tug of war resulting from the competing interests of ministries and numerous stakeholders.

For instance, the then-Ministry of Science, Technology and Innovation took a strong position that such an agency should fall under its purview. They had a compelling case, but the complex, multi-sector nature of Science, Technology and Innovation (STI) today touches on the portfolios of many other ministries, such as agriculture, health and environment, to name but a few.

Among several feasibility studies for a centralised research management agency was a 2011 assessment by the National Science and Research Council. Co-chaired by Senior Prof Datuk Dr Khalid Yusoff and Emeritus Prof Dr Jalani Sukaimi, and supported by the New York Academy of Sciences and a stellar international advisory panel, the study took stock of the productivity and efficiency of PRAs, identified gaps between expectations and performance, and benchmarked PRAs against those of countries of comparable means.

It also noted that since at least 1986, when Malaysia introduced its first national STI strategy in the 5th Malaysia Plan, R&D has been critical to the country’s development.

The 9th Malaysia Plan in 2006 greatly increased funding for new programmes to build R&D capabilities and improve development and commercialisation of new technologies.

In the 10th MP, policymakers introduced a number of priority changes, including partnerships with leading global research institutions, a focus on areas where Malaysia holds a competitive advantage, incentives for multi-national corporations (MNCs) to establish research centres, and support for high-tech small and medium enterprises.

None of the national plans, however, articulated specific operational roles for PRAs. Rather, the study found, such institutions were simply expected to align with and contribute in our key economic areas. The study underlined the absence of a coordinating body that can effectively implement the R&D priorities by funding, managing, coordinating, monitoring and evaluating investments.

The challenge is largely rooted in a somewhat chaotic multitude of plans and institutions related to R&D funding, programmes and policies. Each new Malaysia plan has typically created new funding and commercialisation programmes, just as new national strategies have often created new PRAs (for example, the National Biotechnology Policy led to the creation of the Malaysian Genome Institute, Agro- Biotechnology Institute, and the Institute of Pharmaceuticals and Nutraceuticals).

The constant spawning of new programmes and PRAs resulted in competition for resources, influence and control and, in some cases, overlapping and conflicting direction from different ministries. Furthermore, many PRA officials complain that they must continuously respond to changing R&D priorities, which makes it difficult to build and maintain core R&D capabilities in areas of strategic importance. Add to this, is the complaint that the PRAs are not catering to the needs of industry.

The Economic Planning Unit (EPU) is charged with disbursing and tracking Malaysia’s R&D investments. It long used expenditure as a primary metric to evaluate PRA “performance”. To better reflect the true performance of a PRA, EPU evaluations now include publications, patents, and, among universities, numbers of PhD students/graduates. Unfortunately, these short-term outputs fail to recognise important long-term benefits and other impacts among Malaysian stakeholders.

Malaysia needs more effective systems for the awarding of funds, for tracking the technical progress and performance of funded projects, to identify problems and take corrective action, and to monitor long-term impact.

A centralised research management agency was strongly endorsed by other studies, including that by the Paris-based Organisation for Economic Cooperation and Development in 2016 and one by the EPU in 2017. The agency could be parked at the EPU or it can be a stand-alone organisation like the highly successful National Science Foundation in the United States.

Seven years after the idea for such an agency in Malaysia was first advanced and embraced is a long time to wait. The time for action is now, and we look forward to seeing this new partner flourish on the scientific scene, sooner rather than later.