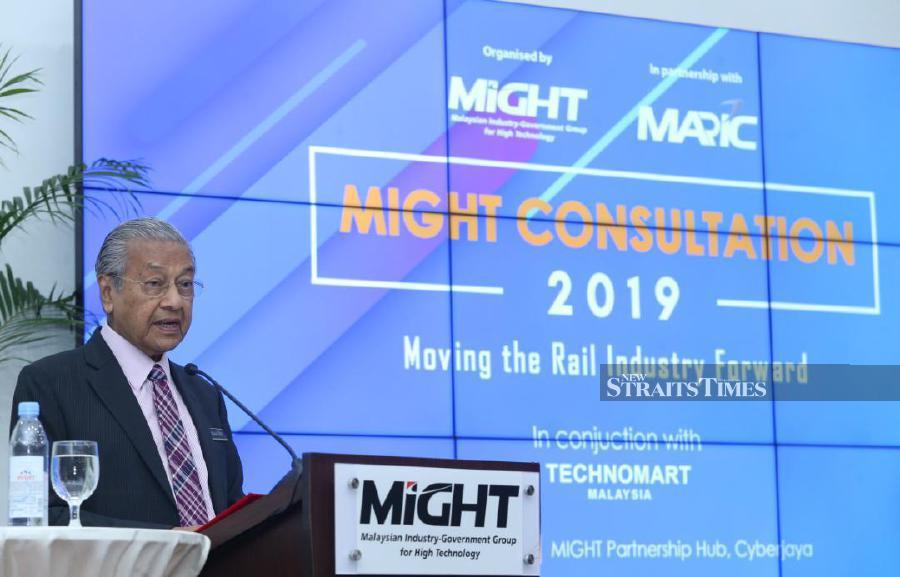 “At the moment, a high-speed train (service) is not really necessary for Malaysia, especially as it is only within Singapore and Kuala Lumpur.

“Later on, we might need a high-speed train from Johor Baru to Penang or even to the Thai border. So, we will not build the high-speed train yet,” he told reporters after launching local rail engineering innovation exhibition and technology showcase, or TECHNOMART.

Instead, Dr Mahathir said, the government was more keen on improving the existing railway services.

“We want to improve the quality of service given by our railway system, and that has been done to some extent, by double tracking and electrification.”

The prime minister, however, said Malaysia would go back to the discussion table with Singapore within two years to discuss the High-Speed Rail project.

“We have spoken to Singapore. For the time being, we are not going to build (the high-speed rail). We (have) asked for two years before we begin talks again.

“(For) the HSR at the moment, we are not giving out any contracts but we have had to compensate to Singapore earlier.”

Dr Mahathir was also asked whether Singapore would be agreeable to the idea of the HSR being connected to the Thai border.

“No, I don’t think they will consider. We only think about Kuala Lumpur.”

On the possibility of having an HSR alignment from Johor Baru to Penang, the prime minister said eventually, Malaysia would need such an alignment.

“When the time comes. We are not yet in need of such an alignment. Eventually, we will need it.”

On Sept 5, 2018, Singapore agreed to suspend the construction of the project until the end of May 2020.

As a result of Malaysia’s request for the deferment, it agreed to pay an abortive cost of S$15 million (RM45.6 million) to Singapore by Jan 31 of this year.

Dr Mahathir also said Malaysians had begun to appreciate using the railway system, which had improved over time.

He said some Malaysians would rather use the existing railway services than driving and facing traffic jams.