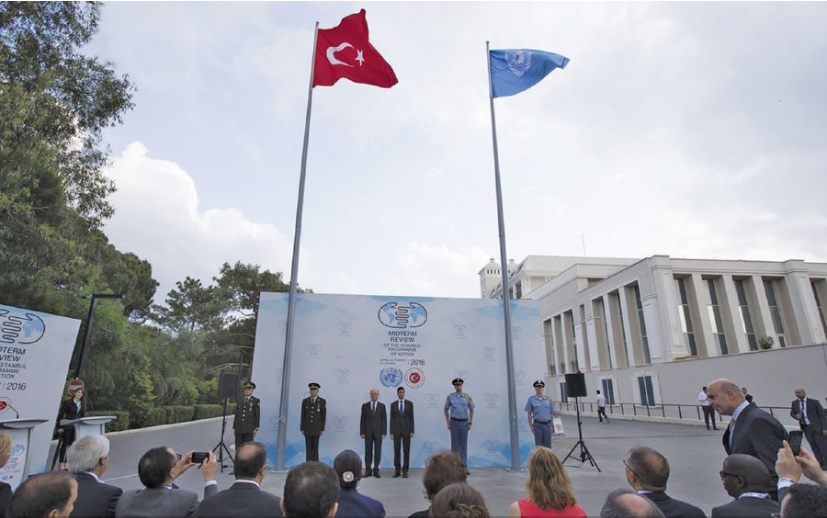 HAVING been involved in international scientific governance for more than 30 years, I couldn’t help but feel a lump in my throat in Turkey on June 4 when witnessing the inauguration of the United Nations’ Technology Bank for Least Developed Countries (LDCs).

It marks the beginning of realising a dream long held by many colleagues from the LDCs for a mechanism that would facilitate their use of science, technology and innovation (STI) to benefit socio-economic development in their respective countries.

Turkish and UN officials last week formally opened the bank in Gebze, an industrial town near Istanbul. The bank will serve as a bridge for technology transfer and related assistance to the 47 LDCs around the globe, including advice on intellectual property rights and developing technology related policies.

LDCs are highly disadvantaged in their development process for a variety of reasons. Of the 880 million citizens of LDCs, 75 per cent live in poverty. With 12 per cent of the world population, LDCs account for less than two per cent of global gross domestic product and about one per cent of the global trade in goods.

The idea for the bank was conceived in Istanbul in 2011. In addition to strengthening the STI capabilities of LDCs, it will foster development of innovation ecosystems and generate home-grown research, among other goals.

Hosted and generously supported by the government of Turkey, other countries making financial contributions to the
initiative so far are Norway, Bangladesh, Sudan and the Philippines. These voluntary contributions from UN member states are complemented by support from other stakeholders, including the private sector and foundations.

The bank is viewed as a milestone for the UN Sustainable Development Goals (SDGs), namely Goal 17.8: “to fully operationalise the technology bank and STI capacity-building mechanism for least developed countries.”

At the opening ceremony, Turkish Minister of Science, Industry and Technology Faruk Özlü said that hosting the bank was a reflection of his nation’s humanitarian foreign policy.

The bank will be a key resource for developing world scientists and innovators — a repository for scientific information and a connection to sources of funding, legal support and patent licensing help.

The bank’s governing council will be chaired by Mohamed H. Hassan of Sudan, the former chair of the United Nations University Council.

In his inaugural speech, Hassan pointed out that in 2016, the 47 LDCs, with a population close to one billion, contributed less than 0.4 per cent of the world’s total scientific publications. Compare that with the 1.4 per cent contribution of Turkey and 2.75 per cent of South Korea in the same year.

According to Hassan, the bank will help level the playing field between the LDCs and the rest of the world.

“The lack of capacities in the production and utilisation of scientific and technological knowledge poses a real challenge to many developing countries, especially the LDCs,” he said. “Such inequalities are greatly hindering the efforts of LDCs to overcome chronic poverty, underdevelopment and the implementation of the SDGs.”

The role of the governing council is to create principles and policies to govern the bank’s activities and operation, initially drafting a charter which has since been adopted by the UN General Assembly.

UN officials hailed the bank’s establishment. “This achievement is not only highly symbolic but also of great strategic importance to the LDCs in the overall achievement of the Sustainable Development Goals,” said Ms Fekitamoeloa Katoa ‘Utoikamanu, the UN High Representative for the Least Developed Countries, Landlocked Developing Countries and Small Island Developing States.

“We must ensure that the LDCs are not yet again left behind.”

UN Deputy Secretary-General Amina Mohammed appealed to member states and other stakeholders to contribute generously to the financing of this bank so it may reach its potential.

Let us all, as Malaysians, ponder how we could weigh in to assist. It would continue a long tradition. During Tun Dr Mahathir Mohamad’s first tenure as prime minister, he set his sights on assisting Africa’s development with efforts that included the highly visible Langkawi International Dialogue — an important medium encouraging a free-flow of ideas and exchange of information among developing countries.

It was also during that time that the Malaysian Technical Cooperation Programme flourished with an influx to Malaysia of developing country trainees. During prime minister Tun Abdullah Ahmad Badawi’s tenure, Malaysia hosted and funded a key United Nations University (UNU) centre in Kuala Lumpur — the UNU International Institute on Global Health.

The UN Technology Bank for the LDCs is a similarly noble initiative. It deserves our full support.

previous
Science and International relations
next
Adding to Malaysia's MIGHT